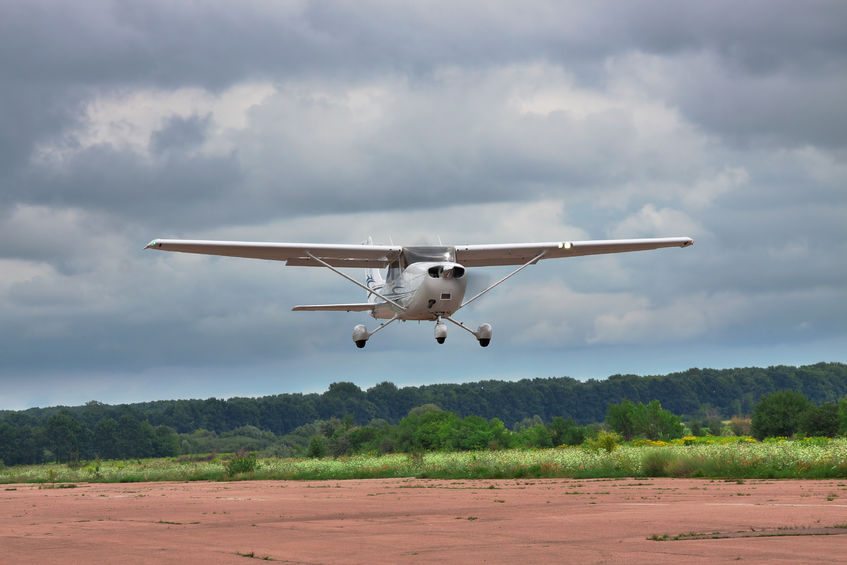 There is a tool in a pilot’s toolbox that is frequently not understood well, the Special VFR Clearance. As a flight instructor, I have mixed feelings about this particular option. You see, it can be very helpful in some circumstances, but it also runs the risk of getting pilots in over their skill level.

Let’s start be reviewing the rules and how they are used, then I’ll speak more on the pros and cons of using a Special VFR Clearance.

You head out for a “hundred-dollar-hamburger” at an airport your pilot buddies told you about. Full of artery-clogging grease and fries, you’re on your way home when you call ATC: “Indigestion Tower, Cessna I8ITAL, 10 south, landing with Charlie.”

They reply: “Cessna I8ITAL, the field is IFR, say intentions.”

You listened to ATIS, but didn’t really know what to do, so you called in anyway. The weather at your home base had deteriorated and was now IFR. It’s wasn’t terrible; the ceilings were reported at 900’ AGL with 2SM visibility. Now what?

ATC can’t clear you to land VFR in IFR conditions and you’re not instrument rated so you can’t ask for an IFR clearance. There is a tool that’s perfect for this situation, Special VFR. However, ATC can’t suggest the option, you need to ask.

They come back: “Cessna I8ITAL, cleared Indigestion airspace, maintain Special VFR conditions at or below 2,000.”

You read back the clearance and you’re on your way home to a much-needed bottle of Pepto-Bismol.

Special VFR operations are permitted at controlled airports with airspace that begins at the surface. Class B, C and D airports all fit this definition. However, some C and most Class B airports prohibit Special VFR, so make sure to check in advance. This will be noted on your sectional as well.

If you find yourself in a situation where you have at least 1SM visibility, and can remain clear of clouds, this may be an option for you to enter or leave a controlled airport. This gives you more flexibility than the normal 1,000 ceiling/3-mile visibility requirement. To obtain a SVFR clearance contact ATC and ask. They won’t offer it to you. For example, if you’re on approach to an airport and the tower says, “The field is IFR, what are your indentations?” that’s your hint to ask for a SVFR clearance if you want one. Otherwise you’ll need to divert or file IFR if you’re capable.

After sunset, the rules change so be aware. Between sunset and sunrise, you must have a current instrument rating and the aircraft must be instrument equipped. Let’s face it; scud running at night without an instrument rating would be stupid anyway.

Another thing, this isn’t a tool for student pilots because they must abide by the limitations placed on them by FAR 61.89 requiring 3SM miles of visibility during the day and 5SM at night.

Like many things in life, just because you can, doesn’t mean you should. When departing an airport using a Special VFR clearance, you need to be absolutely certain that VFR conditions exist outside the terminal area. Use your weather briefing and PIREPs to determining this prior to your flight. Also be sure you are very familiar with the nearby terrain and obstacles. Otherwise you run the risk of taking off only to find continued IFR conditions but now you are outside of your airport’s airspace, without an IFR clearance and possibly facing dangers you can’t see.

Where it is useful is when the obscuring weather is isolated and clears a short distance from the airport. Let’s face it, we’ve all seen that happen, but not very often. Perhaps a morning sea fog, such as I’ve seen on the Gulf Coast, or a cloud layer dropping ceilings below VFR as it passes.

Personal minimums are something I hope you have given some thought to. Flying in marginal VFR can be dangerous. You should determine your personal minimums, while flying with an instructor, and stick to them. A visibility of 1SM is unsafe for many pilots. Maybe a slightly low ceiling, but 3SM visibly is your minimum. Embrace that and call it your regulation. It doesn’t mean you won’t be able to use Special VFR, just not in all cases. So you might not make it back to your home field that day, on the upside, you’ll be home for Christmas dinner with your family.

In summary, Special VFR may be a good option for you if the visibility is within your personal minimums, the weather is isolated, and you know the area near the airport very well. If you can’t say yes to all of these points, consider diverting or scrubbing the flight.

(a) Except as provided in appendix D, section 3, of this part, special VFR operations may be conducted under the weather minimums and requirements of this section, instead of those contained in § 91.155, below 10,000 feet MSL within the airspace contained by the upward extension of the lateral boundaries of the controlled airspace designated to the surface for an airport.

(b) Special VFR operations may only be conducted—

(3) Except for helicopters, when flight visibility is at least 1 statute mile; and

(4) Except for helicopters, between sunrise and sunset (or in Alaska, when the sun is 6 degrees or more below the horizon) unless—

(i) The person being granted the ATC clearance meets the applicable requirements for instrument flight under part 61 of this chapter; and

(1) Unless ground visibility is at least 1 statute mile; or

(i) The flight is conducted under this part 91; and

(ii) The airport at which the aircraft is located is a satellite airport that does not have weather reporting capabilities.

(d) The determination of visibility by a pilot in accordance with paragraph (c)(2) of this section is not an official weather report or an official ground visibility report.